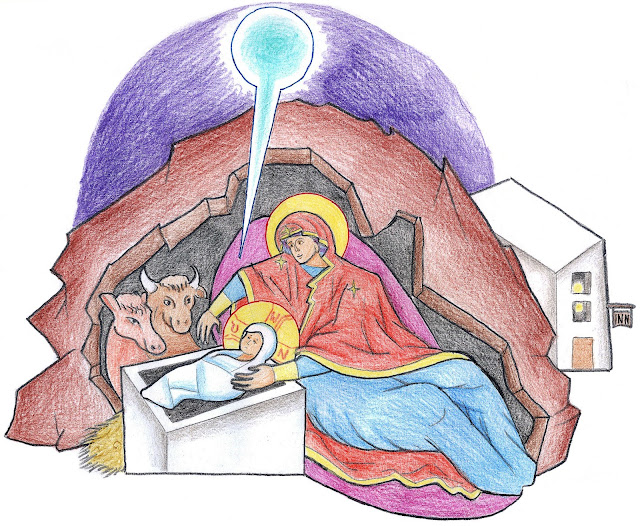 So it was, that while they were there, the days were completed for her to be delivered. And she brought forth her firstborn Son, and wrapped Him in swaddling cloths, and laid Him in a manger, because there was no room for them in the inn.

"He is placed in the manger, which is the spot where animals come to eat. Who is the best fed figure of the ancient world? It would be Caesar Augustus, in his palace on Palatine Hill. He could snap his fingers and get whatever he wanted. He was the best fed figure in the ancient world. But the real King, the real Emperor, Luke is saying, is not the one who feeds himself, but the One Who is placed in the manger, so He becomes the food for the world." - Bishop Robert Barron
Posted by Bible Illustrated at 3:24:00 PM