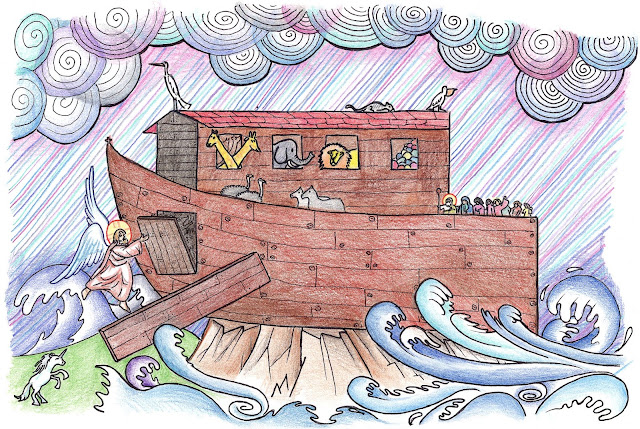 In the selfsame day entered Noah, and Shem, and Ham, and Japheth, the sons of Noah, and Noah's wife, and the three wives of his sons with them, into the ark; They, and every beast after his kind, and all the cattle after their kind, and every creeping thing that creepeth upon the earth after his kind, and every fowl after his kind, every bird of every sort. And they went in unto Noah into the ark, two and two of all flesh, wherein is the breath of life. And they that went in, went in male and female of all flesh, as God had commanded him: and the Lord shut him in. And the flood was forty days upon the earth; and the waters increased, and bare up the ark, and it was lift up above the earth.

Older version
Posted by Bible Illustrated at 11:34:00 AM 2 comments: 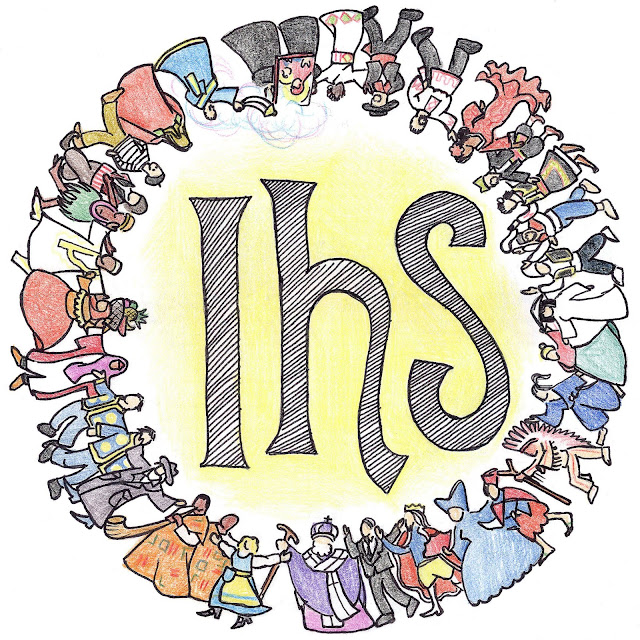 This illustration was made possible thanks to the generous donation of Antonio Cabrera González
Posted by Bible Illustrated at 9:19:00 AM No comments: 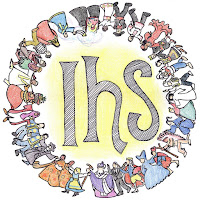 1 Oh, sing to the Lord a new song!
Sing to the Lord, all the earth.
2 Sing to the Lord, bless His name;
Proclaim the good news of His salvation from day to day.
3 Declare His glory among the nations,
His wonders among all peoples.
4 | For the Lord is great and greatly to be praised;
He is to be feared above all gods.
5 For all the gods of the peoples are idols,
But the Lord made the heavens.
6 | Honor and majesty are before Him;
Strength and beauty are in His sanctuary.
7 Give to the Lord, O families of the peoples,
Give to the Lord glory and strength.
8 | Give to the Lord the glory due His name;
Bring an offering, and come into His courts.
9 Oh, worship the Lord in the beauty of holiness!
Tremble before Him, all the earth.
10 | Say among the nations, “The Lord reigns;
The world also is firmly established,
It shall not be moved;
He shall judge the peoples righteously.”
11 Let the heavens rejoice, and let the earth be glad;
Let the sea roar, and all its fullness;
12 Let the field be joyful, and all that is in it.
Then all the trees of the woods will rejoice
13 before the Lord.
For He is coming, for He is coming to judge the earth.
He shall judge the world with righteousness,
And the peoples with His truth.

Help us illustrate the entire Bible; pledge as low as $1/month today!
Posted by Bible Illustrated at 9:17:00 AM No comments: 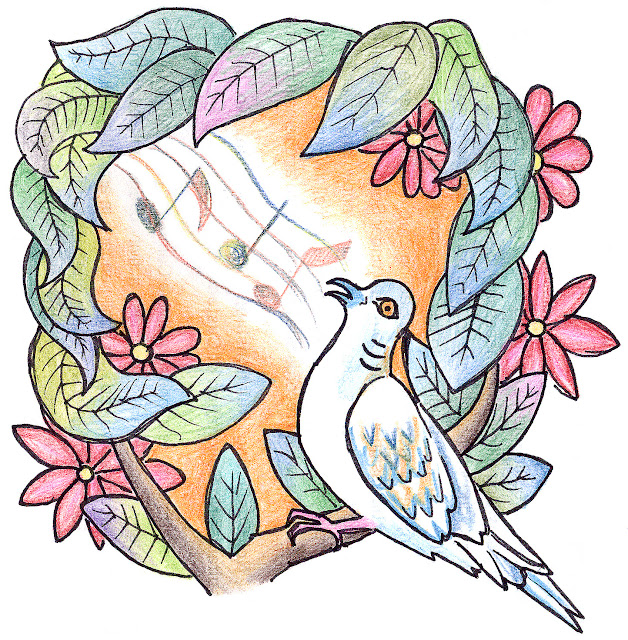 The flowers appear on the earth;
The time of singing has come,
And the voice of the turtledove
Is heard in our land.

This illustration was made possible thanks to the generous donation of St. Gregory Nazianzen Institute for Eastern Christian Studies
Posted by Bible Illustrated at 5:43:00 PM No comments: 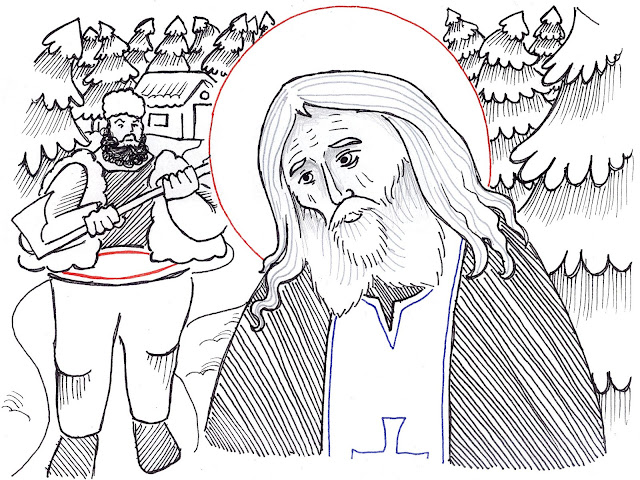 The wicked are overthrown and are no more,
But the house of the righteous will stand.

This illustration was made possible thanks to the generous donation of Nikolay Kolev
Posted by Bible Illustrated at 12:42:00 PM No comments:

The House of the Righteous Shall Stand

1 Whoever loves instruction loves knowledge,
But he who hates correction is stupid.

2 | A good man obtains favor from the Lord,
But a man of wicked intentions He will condemn.

3 | A man is not established by wickedness,
But the root of the righteous cannot be moved.

4 | An excellent wife is the crown of her husband,
But she who causes shame is like rottenness in his bones.

5 | The thoughts of the righteous are right,
But the counsels of the wicked are deceitful.

6 | The words of the wicked are, “Lie in wait for blood,”
But the mouth of the upright will deliver them.

7 | The wicked are overthrown and are no more,
But the house of the righteous will stand.

8 | A man will be commended according to his wisdom,
But he who is of a perverse heart will be despised.

9 | Better is the one who is slighted but has a servant,
Than he who honors himself but lacks bread.

10 | A righteous man regards the life of his animal,
But the tender mercies of the wicked are cruel.

11 | He who tills his land will be satisfied with bread,
But he who follows frivolity is devoid of understanding.

12 | The wicked covet the catch of evil men,
But the root of the righteous yields fruit.

13 | The wicked is ensnared by the transgression of his lips,
But the righteous will come through trouble.

14 | A man will be satisfied with good by the fruit of his mouth,
And the recompense of a man’s hands will be rendered to him.

15 | The way of a fool is right in his own eyes,
But he who heeds counsel is wise.

16 A fool’s wrath is known at once,
But a prudent man covers shame.

17 He who speaks truth declares righteousness,
But a false witness, deceit.

18 | There is one who speaks like the piercings of a sword,
But the tongue of the wise promotes health.

19 | The truthful lip shall be established forever,
But a lying tongue is but for a moment.

20 Deceit is in the heart of those who devise evil,
But counselors of peace have joy.

21 No grave trouble will overtake the righteous,
But the wicked shall be filled with evil.

22 Lying lips are an abomination to the Lord,
But those who deal truthfully are His delight.

23 A prudent man conceals knowledge,
But the heart of fools proclaims foolishness.

24 | The hand of the diligent will rule,
But the lazy man will be put to forced labor.

25 | Anxiety in the heart of man causes depression,
But a good word makes it glad.

26 | The righteous should choose his friends carefully,
For the way of the wicked leads them astray.

27 The lazy man does not roast what he took in hunting,
But diligence is man’s precious possession.

28 | In the way of righteousness is life,
And in its pathway there is no death.

Help us illustrate the entire Bible; pledge as low as $1/month today!
Posted by Bible Illustrated at 12:37:00 PM No comments: